If you are using Google Voice, here is a tool that you may like to use on your Windows PC. This tool allows you to have the freedom to text and make calls using your computer rather than having to rely on your mobile device 100% of the time. At Tech Help LA we find it very useful and thought we would share it with others. Help is our middle name.

Reliable, powerful email that’s available when you need it

Get a professional email address – available from any web browser, your mobile phone, tablet, or even offline. Tech Help LA’s Professional Email works with Microsoft Outlook® and offers a 99.9% up-time. AOL, Hotmail, Gmail, and Yahoo will not give you a professional presence when corresponding with your network. Getting your own email address (YourName@PickYourName.com) is easy and will make you look more professional.

Sit back, watch together

With Chromecast, you can easily enjoy your favorite online entertainment on your HDTV—movies, TV shows, music, and more from Netflix, YouTube, Google Play, and Chrome. No more huddling around small screens and tiny speakers. Chromecast automatically updates to work with a growing number of apps.

Watch thousands of TV shows and movies on your TV. Download Netflix

Send movies, TV shows, and music from Google Play to your TV. Visit Google Play
Cast a tab from Chrome to enjoy online videos, music, photos, and more on your TV. Download Chrome

Chromecast works with devices you already own, including Android tablets and smartphones, iPhones®, iPads®, Chrome for Mac® and Chrome for Windows®. Browse for what to watch, control playback, and adjust volume using your device. You won’t have to learn anything new.

Plug in and play

Get started in 3 easy steps: plug Chromecast into any HDTV, connect it to WiFi, then send videos and more from your smartphone, tablet or laptop to your TV with the press of a button
See it in action

Everything you love, now on your TV.

Colors are vivid and text is sharp on the iPad mini display. But what really makes it stand out is its size. At 7.9 inches, it’s perfectly sized to deliver an experience every bit as big as iPad.

Right from the start, apps made for iPad also work with iPad mini. They’re immersive, full-screen apps that let you do almost anything you can imagine. And they make iPad mini practically impossible to put down.

With advanced Wi-Fi that’s up to twice as fast as any previous-generation iPad and access to fast cellular data networks around the world, iPad mini lets you download content, stream video, and browse the web at amazing speeds.

What’s in the box

Every iPad mini comes with complimentary telephone technical support for 90 days from your iPad mini purchase date and a one-year limited warranty.

Movies, TV shows, music, photos,
and more. All on your widescreen TV.

Apple TV gives you anytime access to endless entertainment. Thousands of HD movies and TV shows from iTunes — many in stunning 1080p — play through Apple TV on your HDTV, and music and photos stream from your computer. You just click and watch. With AirPlay, it’s simple to play content from your iPad, iPhone, or iPod touch on your TV.1 And the Apple TV interface makes it easy to find whatever you’re in the mood for.

Quiet, energy efficient, and so small it fits in the palm of your hand, Apple TV sits neatly on a TV stand or in a crowded media cabinet. When it’s not filling your living room with drama, romance, and comedy, it uses less power than a night-light. And the included Apple Remote makes it easy to get to your favorite entertainment.

Setting up Apple TV takes almost no time at all. Just plug the power cord into the wall and connect Apple TV to your widescreen TV using an HDMI cable (sold separately). Since everything streams wirelessly to Apple TV using your Wi-Fi network, that’s all you need. Except for the popcorn.

Enjoy content from your iOS devices on your HDTV.

Give your iPad, iPhone, or iPod touch some airtime.

With AirPlay, you can wirelessly stream content from your iPhone, iPad, and iPod touch to your widescreen TV via Apple TV.1 So if you want to watch a movie stored on one of your devices, you don’t need to buy or rent it again to watch it on the best screen in the house. You can also stream home movies, photos, or videos from websites and AirPlay-enabled apps. And with AirPlay Mirroring, you can display the screen of your iPad, iPhone, or iPod touch on your HDTV.3 So when you tap, swipe, pinch, or play something, it shows up on the big screen — ideal for sharing entertainment with friends or showing off your gaming skills (or lack thereof).

Your stuff lives here. So you can play it anywhere.

Store it in iCloud. Watch it on Apple TV.

With iCloud, you can buy movies and TV shows on Apple TV and watch them on your iPad, iPhone, iPod touch, Mac, or PC. And vice versa.4 iCloud also stores your photos and pushes them wirelessly to all your devices5 — including your HDTV via Apple TV. It’s the easiest way to get instant access to your content, no matter which device you’re using.

Your favorite artists.
Headlining in your living room.

Fill your home with the music you love — right from your Apple TV. Just select Music from the Apple TV main menu to play your purchased iTunes music directly from iCloud. If you’re an iTunes Match subscriber, you can access your entire music collection — including songs you’ve imported from CDs.

Uploading all the photos from a summer vacation or a big event is as easy as doing nothing at all. With Photo Stream in iCloud, your most recent 1000 photos automatically appear on all your devices — including Apple TV — no matter which device you used to take the picture. No syncing. No sending. Your photos are just there on your HDTV. For you, and everyone, to enjoy.

Following up on yesterday’s report about T-Mobile USA already having 1.9 million iPhones operating on its network as it moves toward a launch of official sales later this year, Reuters reports that the carrier should begin selling the device within the next 3-4 months. T-Mobile is planning a similar timeframe for its move to end device subsidies in favor of installment plans and lower monthly plan costs.

“They’re all, I would call them, in three to four months as opposed to six to nine months, [T-Mobile USA CEO John] Legere told Reuters in an interview at the Consumer Electronics Show in Las Vegas.

T-Mobile is also remaining aggressive on the acquisition and partnership front, with Legere noting that the carrier is looking to close its pending acquisition of MetroPCS in the second quarter of this year and is exploring deals with satellite TV provider Dish Network and prepaid carrier Cricket’s parent company Leap Wireless.

As for T-Mobile’s plans to end subsidies, it may not be the only major U.S. carrier to make the shift, as The Wall Street Journal reports that both AT&T and Verizon will be watching how things play out. Both carriers do, however, acknowledge that customers are so conditioned to low upfront device costs that it may prove a significant hurdle to overcome.

NEW YORK — Apple is the world’s most valuable company, ever.

On Monday, its surging stock propelled the company’s value to $623 billion, beating the record for market capitalization set by Microsoft Corp. in the heady days of the Internet boom.

Apple’s stock has hit new highs recently because of optimism around what is believed to be the impending launch of the iPhone 5, and possibly a smaller, cheaper iPad.

Apple Inc. has been the world’s most valuable company since the end of last year. It’s now worth 53% more than No. 2 Exxon Mobil Corp.

The comparison to Microsoft does not take inflation into account. In inflation-adjusted dollars, the software giant was worth about $850 billion on Dec. 30, 1999. Microsoft is now worth $257 billion.

Analysts believe Apple’s stock has room to grow. The average price target of 38 analysts polled by FactSet is $745.80.

Apart from the iPhone and a mini iPad, analysts are speculating that Apple plans to make a TV set to complete its suite of consumer electronics products. Apple usually doesn’t comment on its future product plans until a few weeks or days before a launch.

China’s largest oil company, PetroChina, was briefly worth $1 trillion after it listed on the Shanghai stock exchange in 2007, but only based on its price on that exchange. Its shares also trade in Hong Kong and on the New York Stock Exchange. Based on trading there, its market capitalization never went as high as $500 billion. 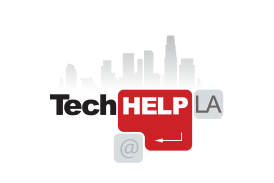